A Tree Grows in Rumney 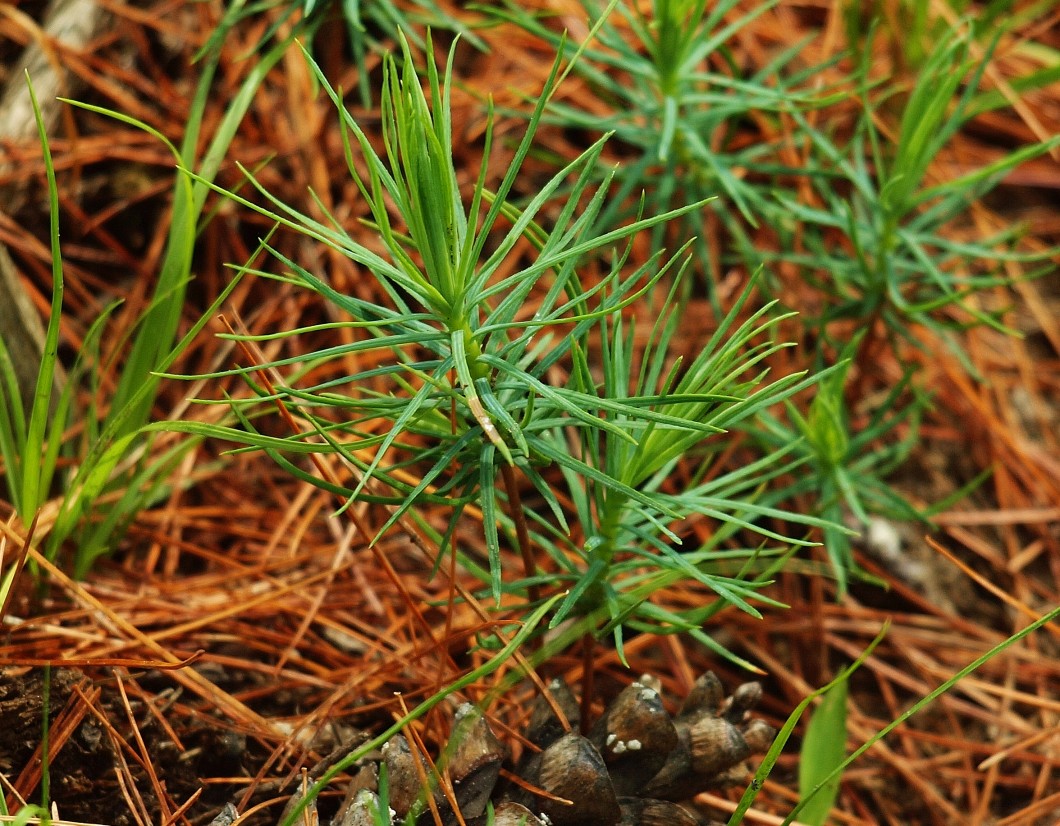 Last November, Timberwolf Logging of Littleton, N.H., logged a parcel in Rumney, N.H., owned by the French Family Exempt Trust. The sale was a seed tree cut, which was accomplished with whole-tree harvesting, to encourage fresh new growth of White Pine, and the logging was timed to take advantage of last year's bountiful seed crop.

Prior to the harvest, site preparation involved removing Beech and some other species in the understory with a feller-buncher. Some 100-year-old White Pines were cut as well. But dozens of strong adult seed Pines were left behind to produce the next generation. Following the cut, Chris Crowe of Timberwolf returned to the site to scratch the soil with a bulldozer to improve the ground for new White Pine growth.

Now, nine months later, the first tiny White Pine trees are beginning to sprout on the ground. In time, a new Pine forest will become established here, supporting wildlife and the local economy.

Robert Berti of FORECO, one of the foresters on this sale, makes a critical point. "This timber sale would not have happened without the market for woodchips that our independent biomass energy plants support," he states. Sustainable forest management, new wildlife habitat, as well as hundreds of jobs and hundreds of millions of dollars of economic contribution depend on the woodchip market.  Yet Gov. Chris Sununu vetoed two bills, Senate bills 365 and 446, that support biomass energy. Both bills passed both houses of the New Hampshire legislature with overwhelming bipartisan majorities.

On Sept. 13, both the N.H. House and Senate will convene to consider Sununu's vetoes. Overturning the misinformed and irresponsible vetoes of Senate bills 365 and 446 will guarantee further such timber sales as the one in Rumney and will improve the health of our forests for wildlife and recreation.